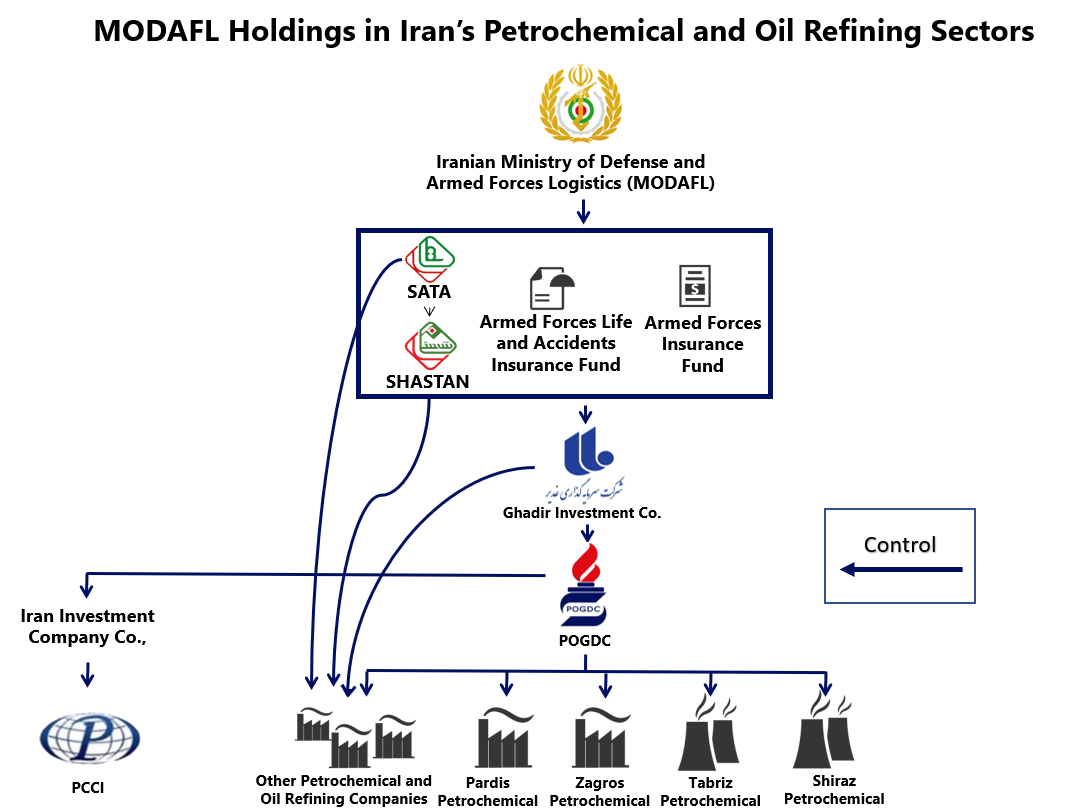 WikiIran exposes that MODAFL also controls the second largest exporting company the Petrochemical Commercial Company (PCC) through POGDC and its mysterious subsidiary the Iran Investment Co. Consequently, PCC is also subject to the international sanctions imposed upon the MODAFL.

WikiIran will be exposing PCC-MODAFL global network, mainly used for circumventing the sanctions, so to harm MODAFL's financial assets.

In the Two-Page Letter above (Numbered 10000967041), Iran's Ministry of Defense demands The Armed Forces Social Security Organization (SATA) to order its subsidiary petrochemical companies to adhere to certain security instructions for dealing with exchange houses and front companies. 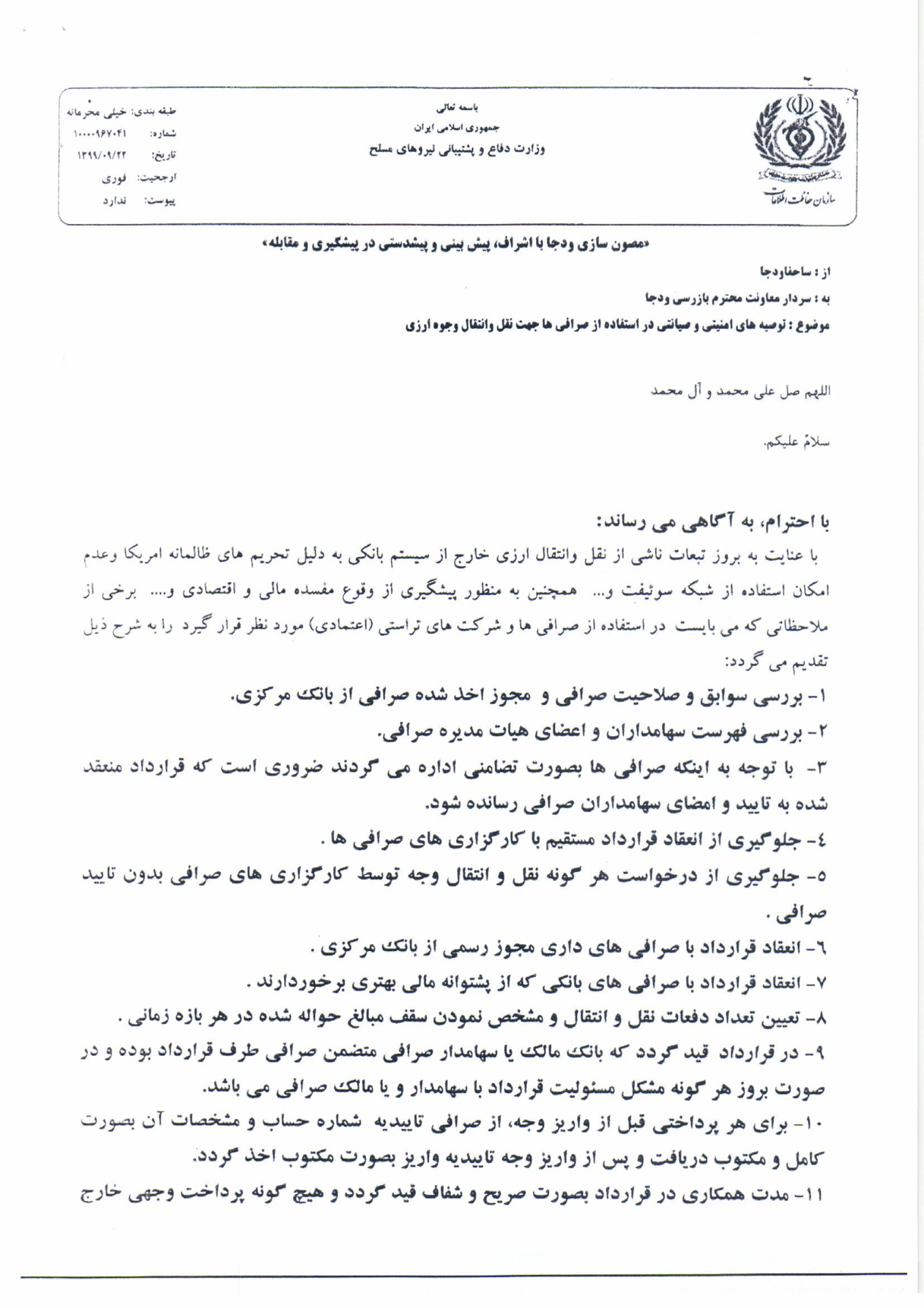 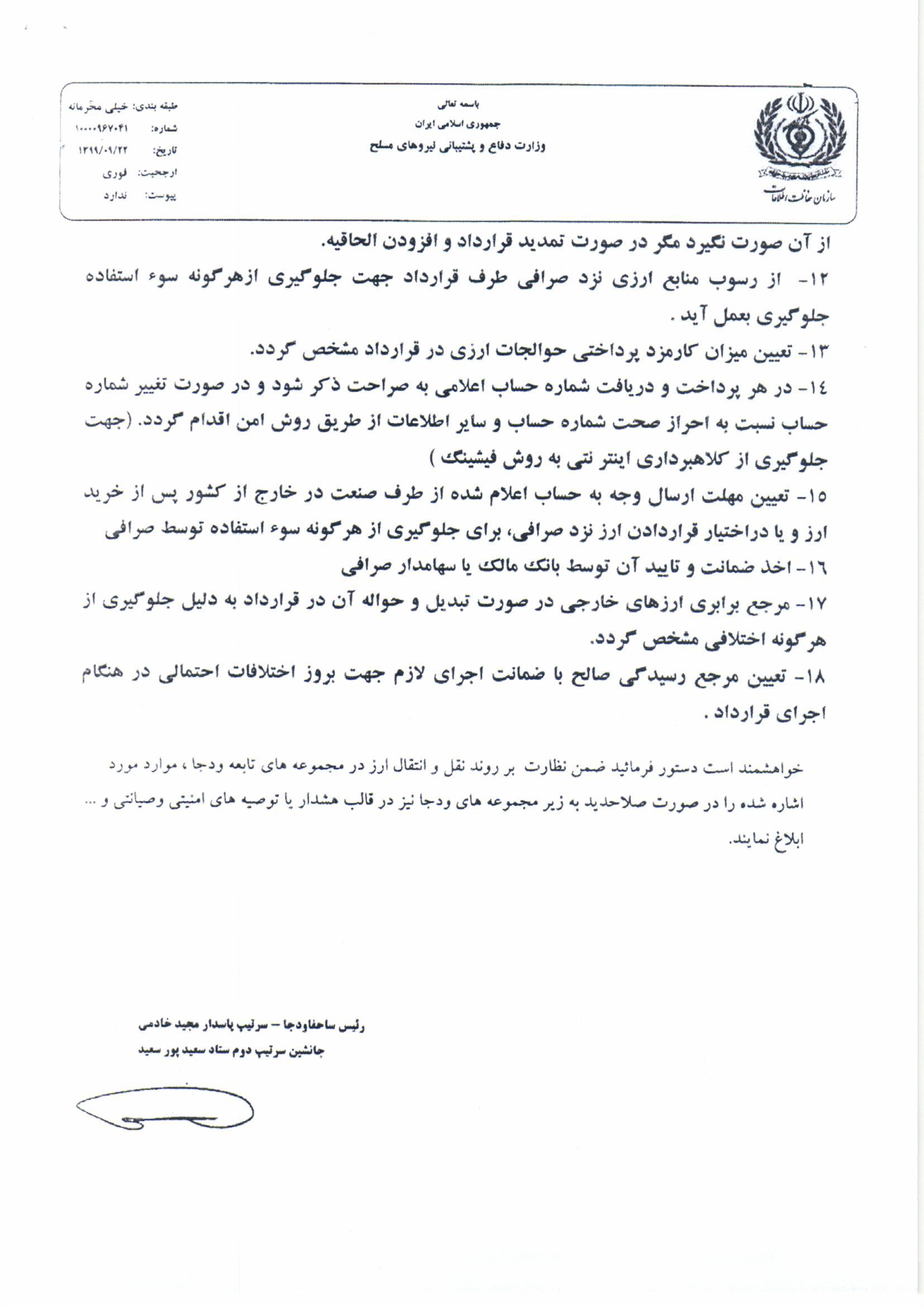 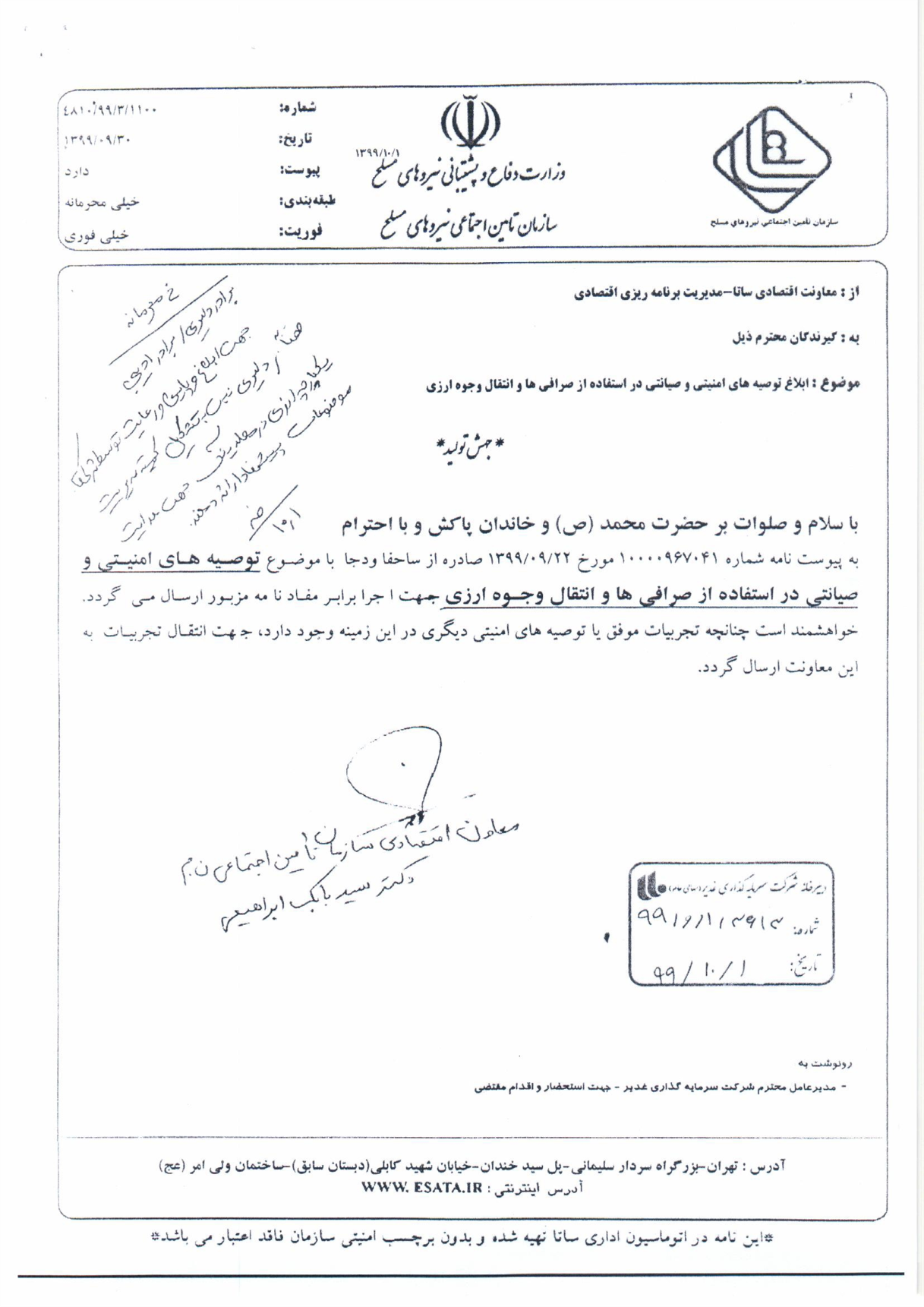 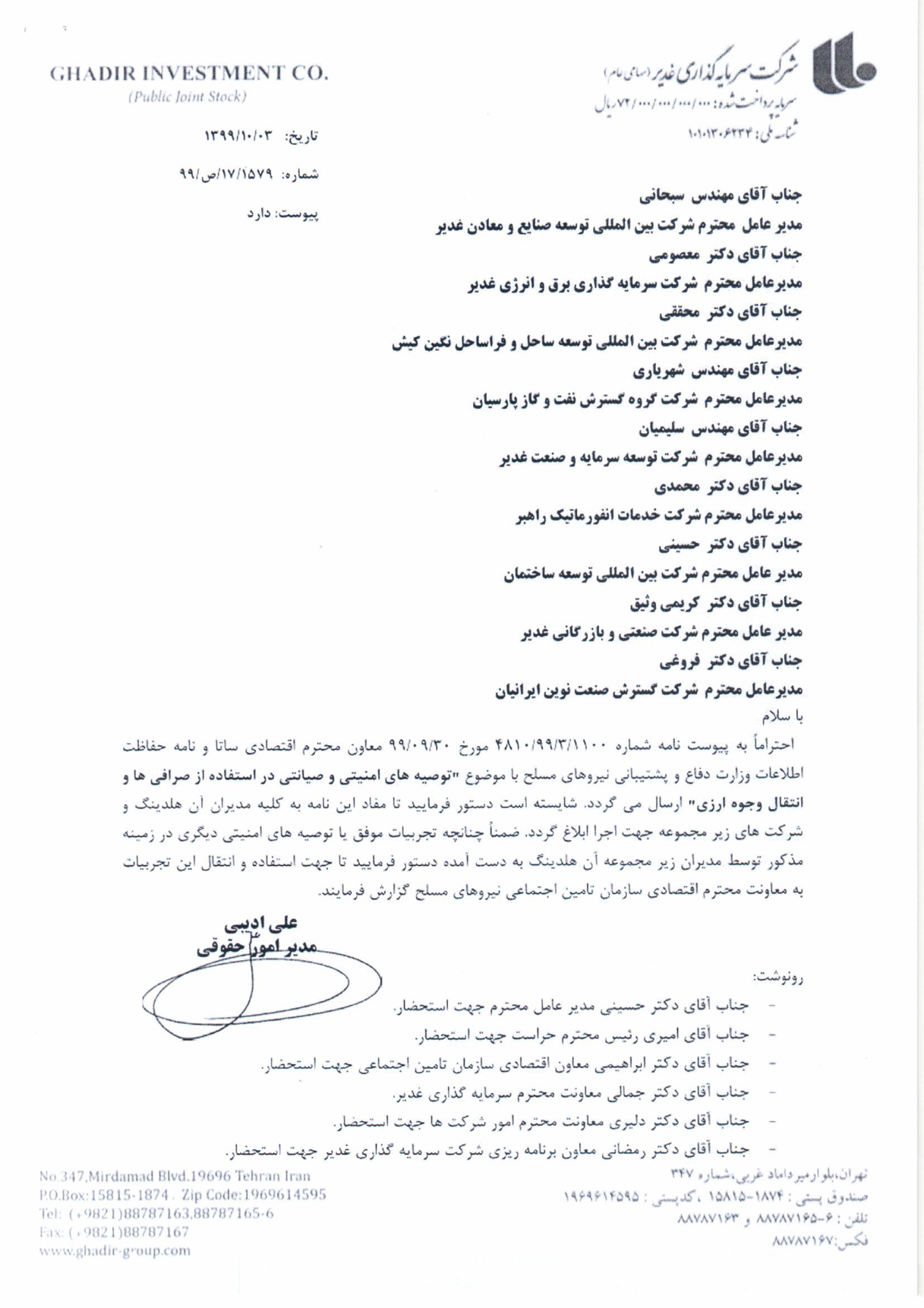 In the letter above POGDC further demands its petrochemical and refining subsidiary companies, namely The Petrochemical Commercial Company Iran/International (PCCI) to adhere to the instructions noted in Ghadir's Letter (99/Sad/17/1579) and in the previous letters sent by SATA and MODAFL. As you can see in these documents, the MODAFL sends out instructions to its petrochemical companies on how to use exchange houses and front companies so to continue their international trade and make the foreign currency available to the MODAFL's Department of Supply and Logistics, led by Seyyed Hojjatollah Qoreishi, for imports for military usage.

As mentioned in the second document, "it is required to supervise the procedures of transferring foreign currency under MODAFL's subsidiary (petrochemical) complexes, and if seems fit, to notify MODAFL's sub-subsidiaries on this subject as part of a warning or security recommendations".

MODAFL is subject to sanctions in several countries due to its malign activities: The United States (due to the WMD and conventional weapons proliferation, and sponsorship of terrorism), the European Union, the United Kingdom and Australia (all due to WMD proliferation). It should be noted that the companies under the Ministry's control are also subject to sanctions, even if their names do not appear specifically on the lists of designated entities.

List of MODAFL Controlled Companies in the Petrochemical and Refining Sectors: