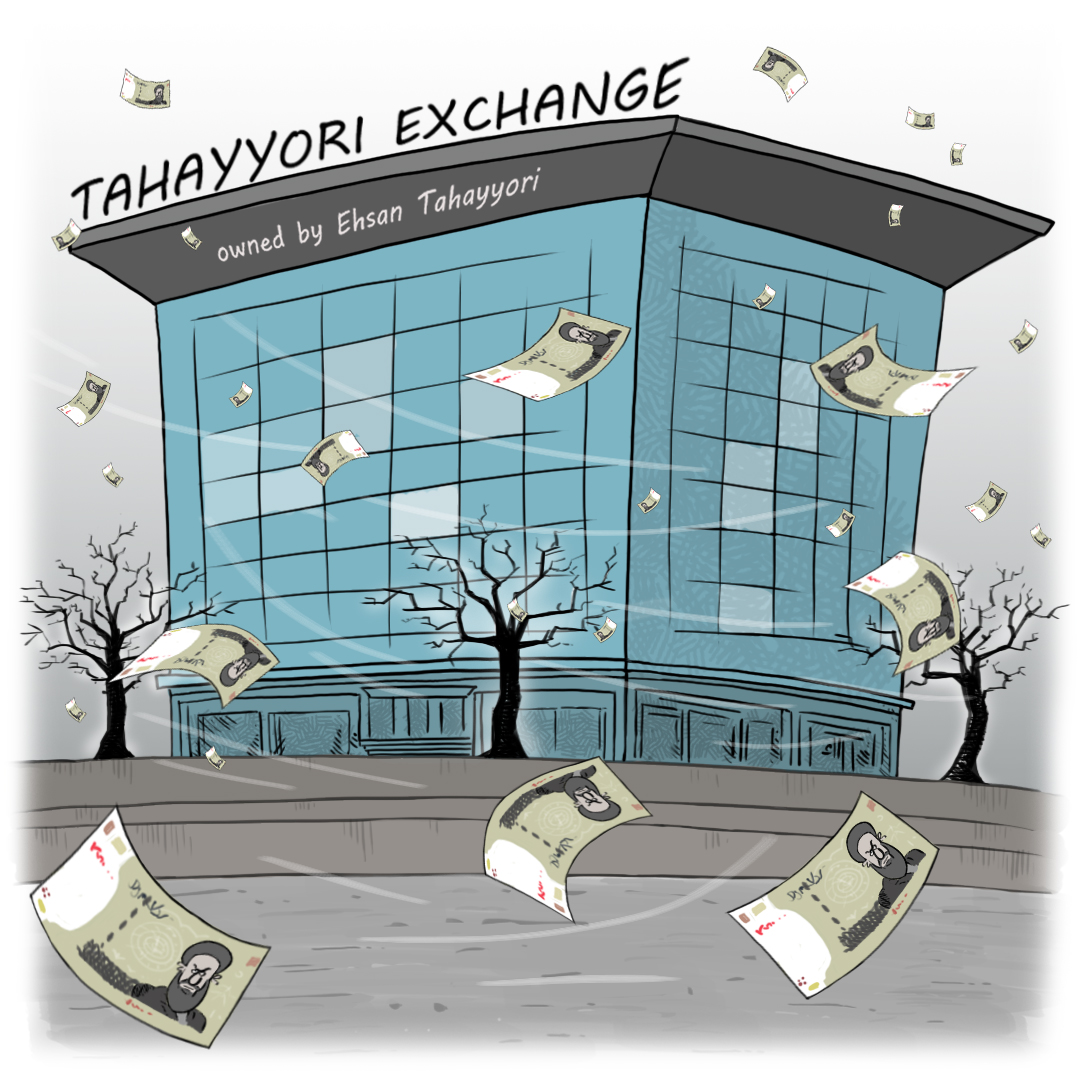 WikiIran exposes how one of Iran's largest money exchange houses, The Tahayyori Guarantee Society (شرکت تضامنی تحیری و شرکاء)/ARZ-IRAN (صرافی ارز ایران), operates an expanded international network of over 60 front companies for money laundering and circumventing the international sanctions against the Islamic Republic. Based in various countries such as the UAE, China, Turkey, and Hong Kong, these front companies enable the Iranian banks, importers and exporters to conduct international transactions and transfer foreign currency of over three billion dollars in just two years (2020-2022).

These records, leaked from Tahayyori's servers, reveal details of thousands of transactions conducted by these front companies, involving Iranian banks as well as government and private entities, most of them from Iran's petrochemical sector.

ARZ IRAN’s role in circumventing the sanctions, including money laundering, is kept hidden, and, consequently, beneficiaries are concealed and documents are forged. WikiIran exposes this company's network, methods, examples of its transactions and businesses, etc.

An initial analysis of the leaked information shows that 4,643 financial transactions have taken place during the 2020-2022 period, using 63 different front companies and 240 various foreign banks. Funds totaling an equivalent of more than three billion dollars ($3,219,513,834.69) have moved through ARZ IRAN in this international network of front companies.

The largest number of these front companies are based in the UAE, followed by China and Hong Kong, while the transactions have been conducted with various currencies including the UAE Dirham, US Dollar, Euro, Chinese Yuan, Turkish Lira, Canadian Dollar, Swiss Franc, and Pound Sterling. The total amount of USD denominated funds being transferred via the system was 700 million and the total number of Euro was over 760 million.

WikiIran got hold of leaked files from Tahayyori's servers, including database of financial transactions and related documents, all available at Tahayyori Exchange Leak.

WikiIran will expose soon more examples of ARZ IRAN's activities (Part 2) which aim to circumvent the international sanctions against the regime. Stay tuned!