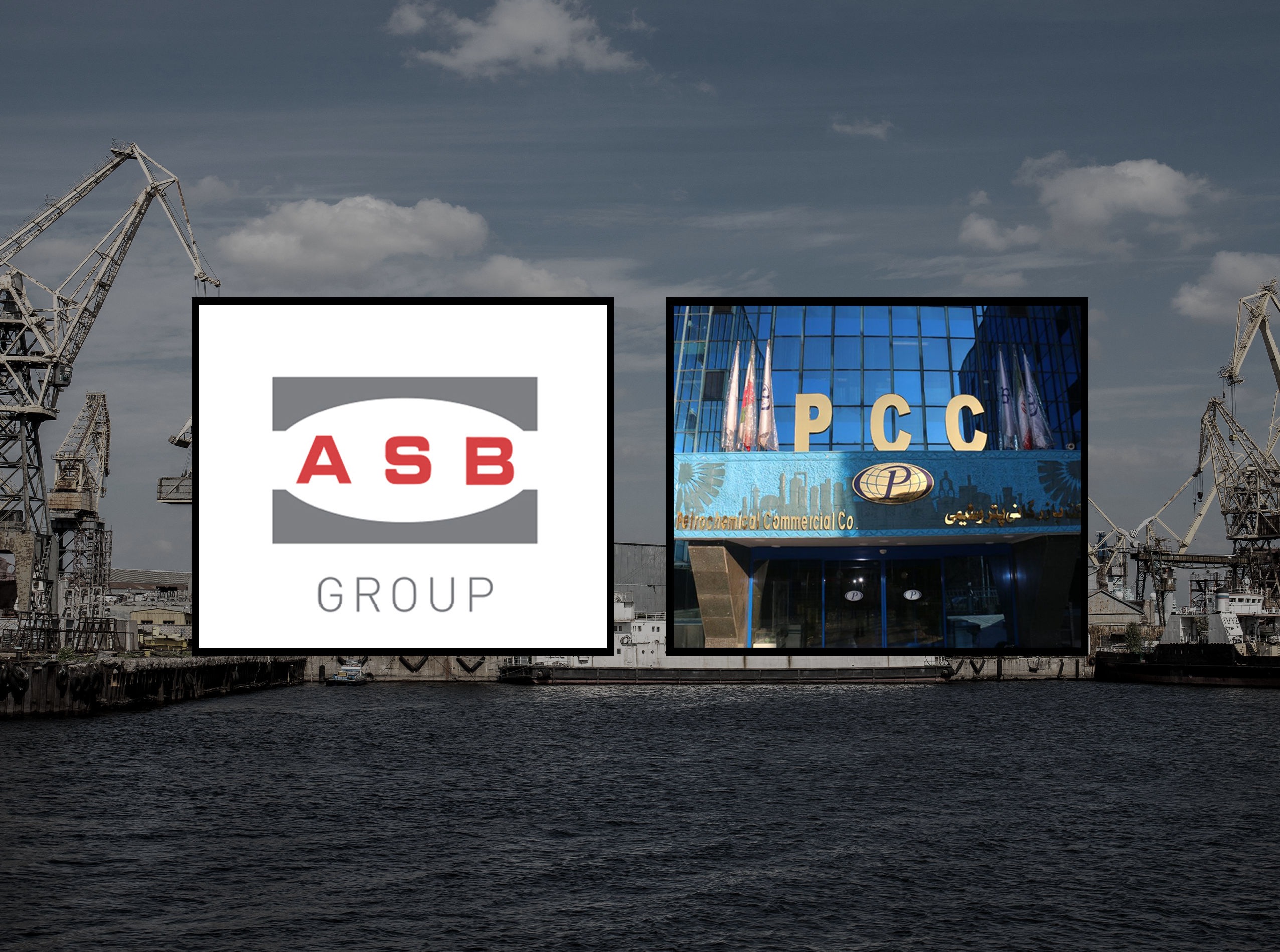 WikiIran has reviewed original documents and material leaked from the ASB's servers and found out about ABS's cooperation with the Iranian regime in circumventing the sanctions against Iran.

According to the contract signed on August 16, 2021, between the Turkish giant oil company "ASB Group Companies" and the Iranian petrochemical exporter "The Petrochemical Commercial Co (PCC)," the former would assist the later to circumvent the sanctions against Iran's petrochemical industry and to sell PCC's products.

This contract tasks the PCC, affiliated with Iran's Ministry of Defense, with the responsibility of transferring the products to Turkey, and determines that ASB would oversee transferring the products to the clients and managing all relevant payments. ASB, for instance, is obligated to search for the appropriate vessels available for rent for a period of one to two years and to manage the rental arrangements, to search storage bins in various locations, including seaports in Turkey and China (such as Dalian, Yingkou and Zhoushan) for storing crude oil and petrochemical products.

WikiIran exposes here that ASB utilizes other companies under its control so to carry out trade with Iranian companies. The Turkish company "ANKA ENERJİ ÜR.SAN.TİC.A.Ş," which is controlled by ASB and led by Bahaddin Ayan, the son of ASB's owner and former ANKA's CEO Sidki Ayan, has been trading with the Iranian petrochemical companies. ANKA purchases petrochemical products from Iranian companies and sells them to clients. As such, ANKA has conducted to date deals worth of tens of millions of USD with Iranian petrochemical companies. 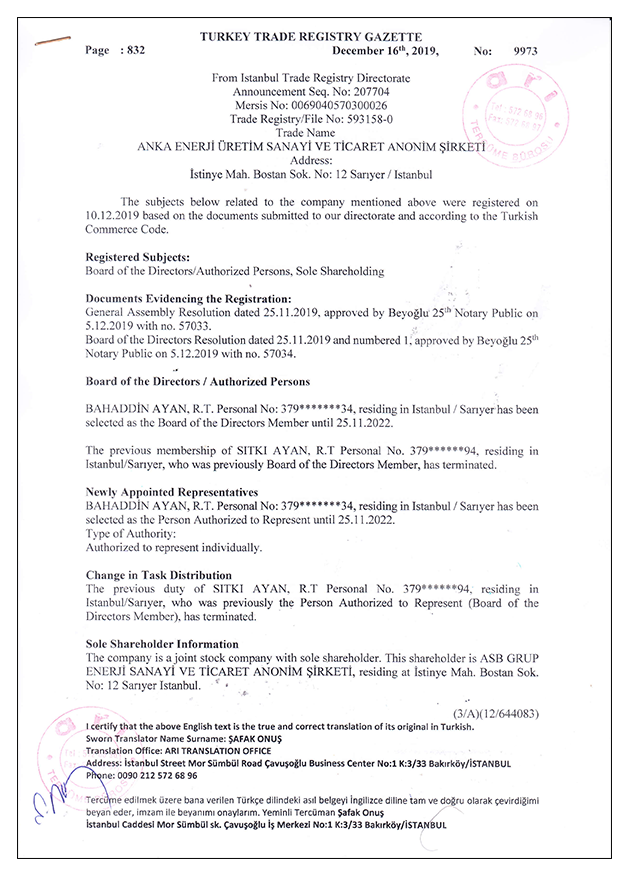 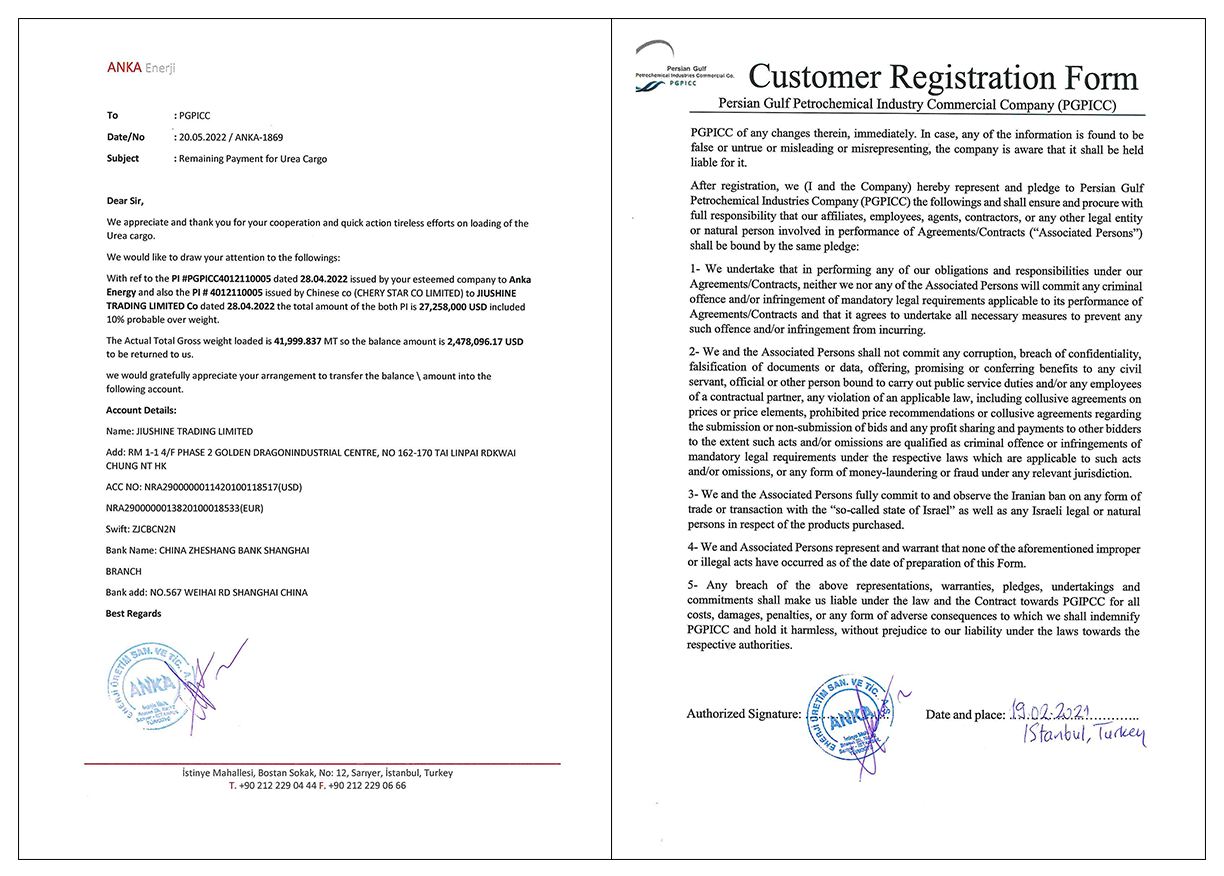 Another example is a deal between ANKA and the oil company "Pajuhan Tejarat Bahman Export & Import" (PTC Oil), where the PTC sold Granular Urea to ANKA. 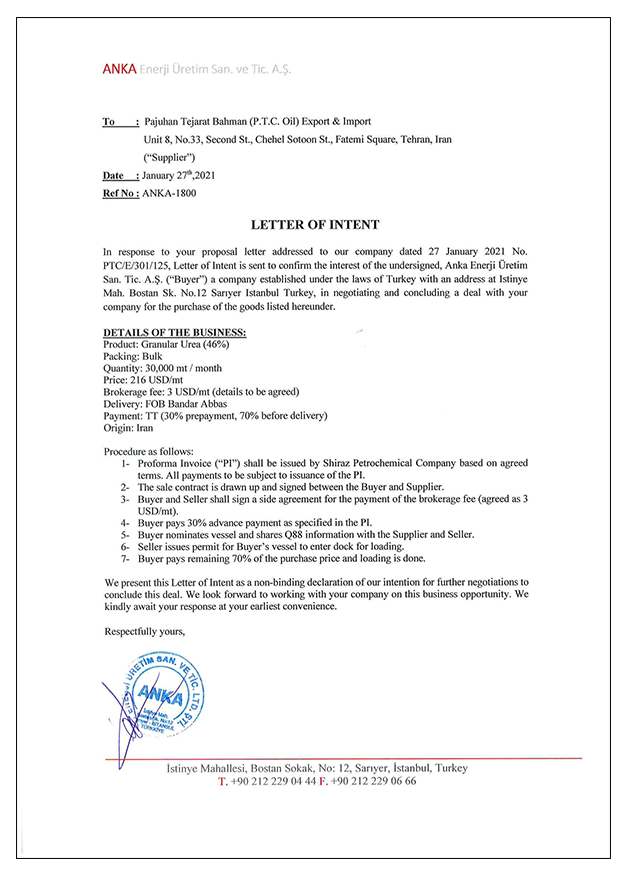 Another example which exemplifies that ANKA is still trading Iranian petrochemicals despite the sanctions is the fact that it continues to sign new contracts and states publicly that its petrochemicals, transferred to Turkey, are originally from Iran. This kind of statements incriminates the seaports and additional entities in Turkey and carries legal implications for them. As such, the below document from September 12, 2022, shows the purchase of 31,500 tons of Granular Urea, loaded at an Iranian seaport and unloaded in Turkey. 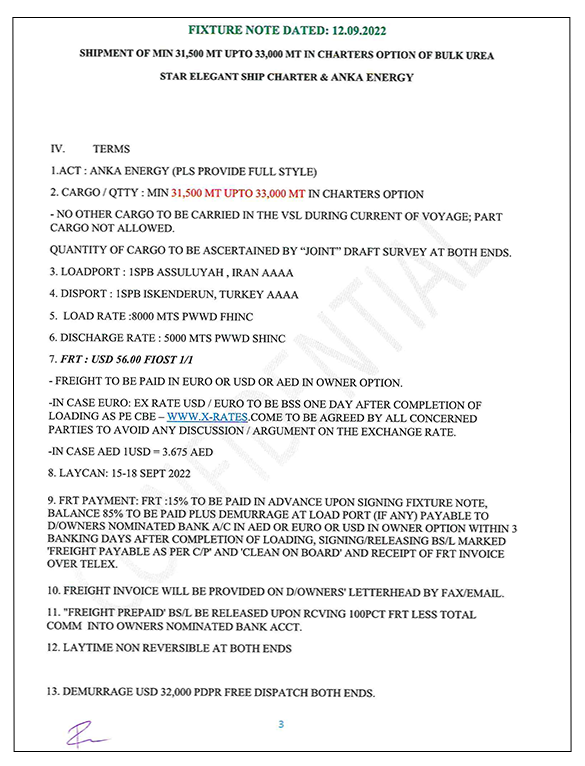