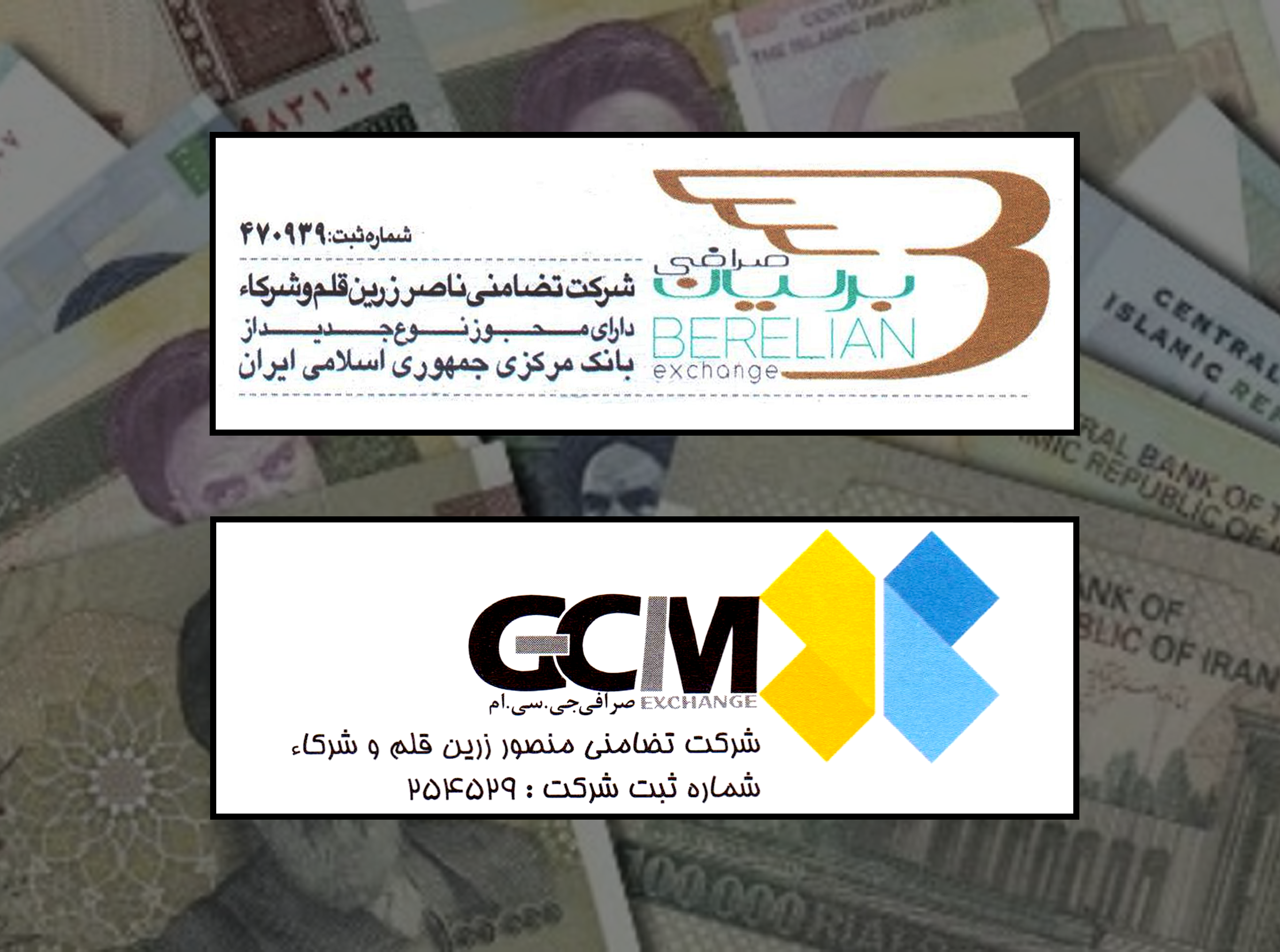 Here are all of the articles we published on Zarrin Ghalam:

WikiIran exposes additional examples of how the ZarrinGhalam, one of Iran's largest money exchange houses, is involved in money laundering and circumventing the sanctions imposed upon the Islamic Republic. The original documents exposed here have been leaked recently from the ZarrinGhalam's own servers.

The first document presented here belongs to the Berelian, one of ZarrinGhalam-owned exchange houses. In this letter, dated May 26, 2022, the Berelian asks its Iranian client "The Kermanshah Polymer" to pay an amount of 5,164,827 AED to the "Point to Point Goods Wholesalers Tre, LLC" based in Dubai (the UAE). This request of payment is an evidence that the company "Point to Point" is in fact a front company controlled by the Berelian (and consequently controlled by the ZarrinGhalam). The payment should be paid to the account number AE960230000001002435459 (AED) at the Commercial Bank of Dubai PSC. This document exposes another channel that aims to help the Berelian with keeping foreign currency in its bank account and providing its Iranian clients an access to the international financial system.

Note: As we can see in Document #2, the exchange rate that is mentioned in the document is according to the Iranian central bank's NIMA System, a fact that by itself is another indication of the Iranian involvement in this international transaction.

Document #4: This document is a receipt which was issued by the "Golden Tex Fze" (owned by the ZarrinGhalam in the UAE) for the company "Polimer Petrochemical", which is most probably the same as the "Kermanshah Polymer". The receipt refers to the same amount of 5,164,827 AED which was transferred to the company "Point to Point" (the Berelian's front company). A transaction commission of 0.25% is added to the payment paid by the Kermanshah Polymer to the ZarrinGhalam for the currency exchange. The ZarrinGhalam's stamp at the bottom of the page is another evidence of this claim.

Document #1: The Berelian's request from the Kermanshah Polymer to convert foreign currency AED to Rial according to the exchange rate of 66,682 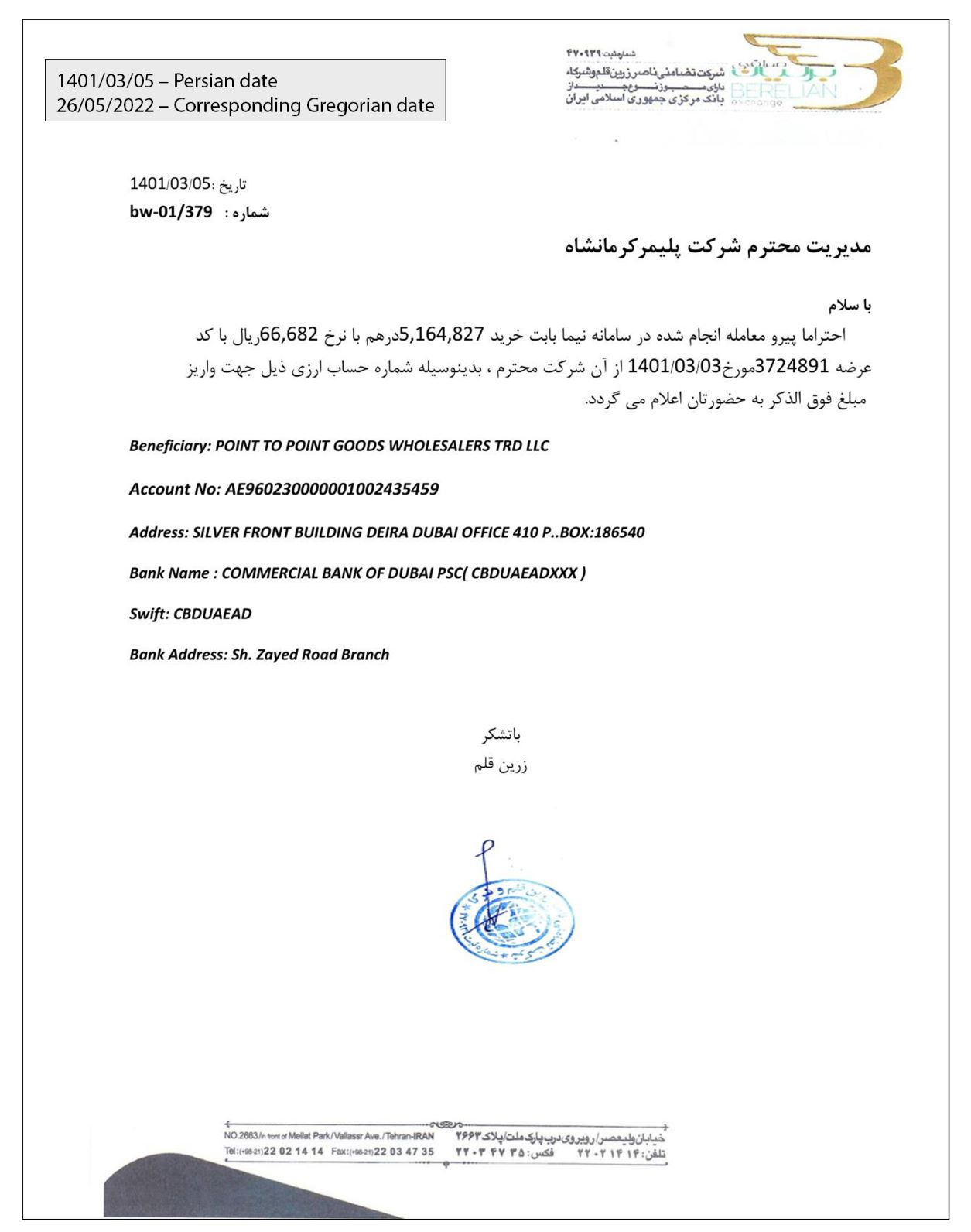 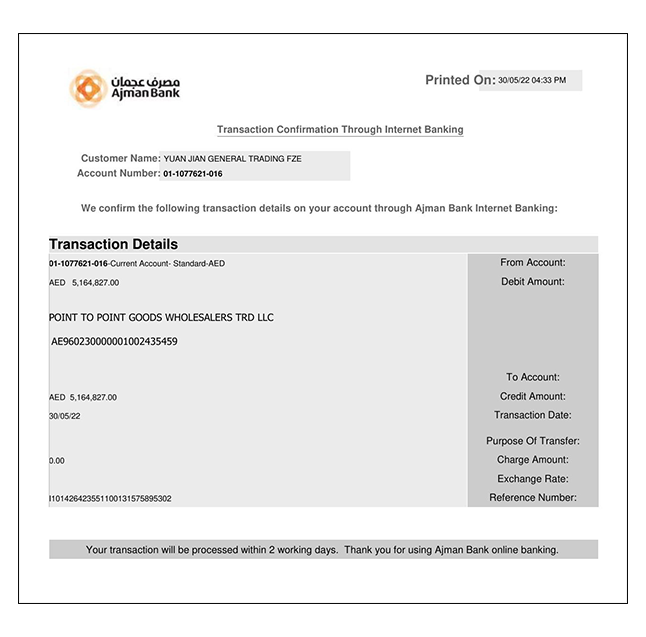 Document #4: The receipt sent by the ZarrinGhalam to the Polymer Petrochemical (most probably the Kermanshah Polymer) for the amount quoted in the proof of payment, plus the commission of 0.25%, discount of 50% of the 0.5% commission recommended by the Nima. 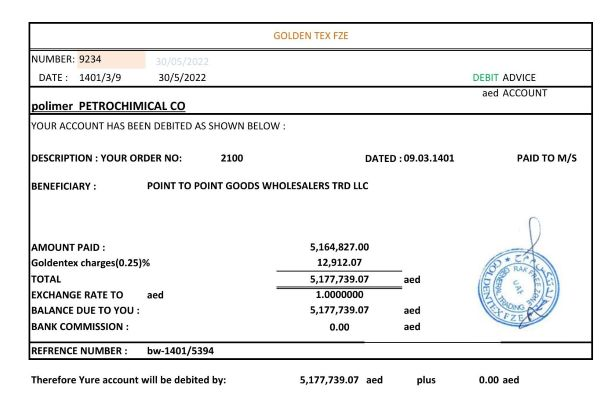